This is Motherhood // Series 1 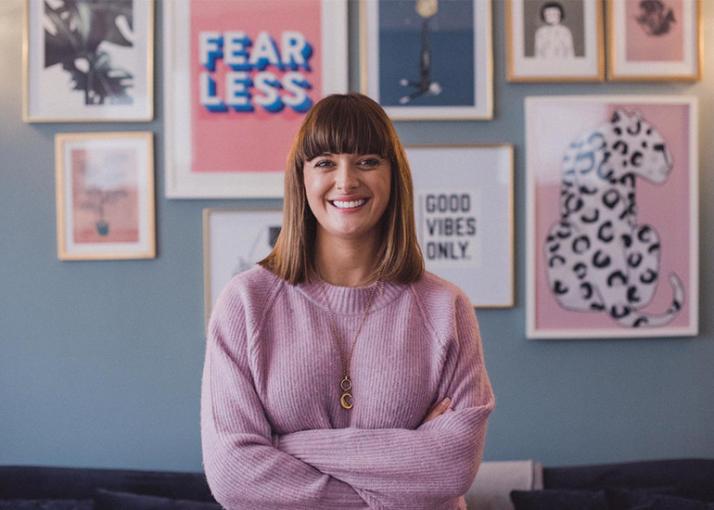 How was your journey to motherhood? Was it planned, a surprise, or was it a challenge?

I had just finished university and was about a year qualified as a midwife, Simon and I were living in Bristol and we were thinking we may go travelling, but also in a post-grad phase when I found out I was pregnant with my eldest Anya. I was 23, it was a massive shock. Our families and many people didn’t think we would go through with it.

We had the baby and then moved to London when she was 6 weeks old. I didn’t really have any friends with babies – as we had just finished uni, they were all out having a nice life and everyone was in their first job, they had money and a social life and they all seemed like they had everything together.

I didn’t go to any antenatal classes as I was a midwife so didn’t make any friends leading up to the birth and also knew that we were leaving Bristol so I did find myself very isolated when I first moved to London. I just had to figure everything out on my own. I was in a weird twilight age where I was not a teenager so I was too old for those teenage pregnancy and mum groups and found myself too young for other mum groups.

We were also financially really hard up, Simon was on a starting salary, and we didn’t want to accept any financial help from our families. We knew we could do this on our own but actually once we paid our rent, for groceries, we didn’t really have any money at all. We were basically just meeting our basic needs. I remember I did actually go to a couple of groups but then realised they were too expensive so I couldn’t afford to go. I did find a free baby massage class but then you had to sign a thing to say why you were on benefits, but we weren’t actually on any benefits we just weren’t in a position to pay. I actually made friends with the teacher, who was an ex midwife, and I think she took pity on me and actually just let me come along. So that introduction to mothership compared to my third and fourth was very different.

With my first I had no expectations, at the age of 23 you don’t really know who you are anyway so I just got on with it really.

In the next 3 and half years we really turned things around for us. We were living in this really tiny and damp flat in Brixton, it was a basement flat – it was so dark and miserable. We were in a constant thing with our landlords; we had mice at one point. I just remember thinking I can’t be in this flat any longer, we need to increase our salary so we can rent something a bit bigger. So I went back to work when Anya was 10 months old, fulltime as a midwife, so that really helped even though it was a small salary but suddenly we had two salaires coming in but we saved enough up to rent something bigger. So we moved into a two bedroom cottage, and then we got married and 3 and a half years later we had our second daughter. By the time we had her, we felt like we were in a much better position. Even the house, was such a happier place. We were both working full time, we had the two salaries coming in, I had met some really good friends so my support network felt so much stronger this second time around I felt so much more prepared and confident.

We always wanted to have three children, as I’m one of three, so we decided to have a third but then obviously the third was twins. A lot of people say to me “oh was it planned?” and I always respond “well do you ever really plan twins?” So when you get the plus one there’s nothing you can really do, you just go with it.

What has been the hardest period of motherhood so far for you and how do you deal with it?

I think every stage of motherhood has its difficulties, I don’t think you have an easy bit really. I mean, in a way, we were having easier time when our second daughter was in school but then we decided to have a third baby haha. So that definitely made things more difficult for ourselves.

I guess the hardest is trying to divide my time, attention and love between the four of them. It is impossible to do and it can kind of get you in a real state. I find I’m constantly asking myself if I’m doing this right or not. Ultimately you can’t give them everything they want at the same time because that’s life! We do try and carve out pockets of time with them individually.

When it’s all four together, it’s actually so full-on and really challenging. That’s the only way you can do it, and with their ages their needs are so different. And even if it’s just sitting down and doing a puzzle, or having a cuddle on the sofa – it’s just something as little as that, to give a little bit of time. Bathtime/bedtime is a very stressful time in our house so Simon and I take turns of doing the older girls and then I’ll do the twins, but we swap that around a lot because that way everyone gets their own time. But no time for us as the adults haha.

If you had to choose one parenting mantra for yourself, what would it be?

I do have a few but I guess I would say “pick your battles.” My mum always used to say that to me as well, whatever it is you’re battling with I just think is it worth it, is it something I can come back to… I definitely think I like to do everything in the moment and I sometimes I think letting some things go and talking camly about it later with whichever child or whatever it is, once you’ve calmed down, it really helps. And most of the time you look back and think it wasn’t actually that bad.

Another one I’d say is ‘done is still your best, it doesn’t actually have to be perfect.’ I think as mother’s we set such a high standard for ourselves, I think we sometimes set ourselves up for fail if we can’t achieve these high standards of everything. I think we’ve all kind of been bred to think we can do anything and as much as I love the positive, “you got this”, well actually sometimes I don’t have it. My house might look like a shit-tip and I’ll have greasy hair but if the kids get to school on time then that’s a positive!

You’ve recently relaunched your Gas & Air blog and your also a practising midwife – how do you split your day between being a parent and your work/career?

I guess for me, I always felt because I love my job as a midwife so much I’ve never felt guilty, actually neveris probably a bit strong but I find if you love your job and you’re passionate about it, I don’t feel as much guilt when I go to work because I’m going to do something I love and I’m helping other people. I don’t necessarily think “ohh my kids never see me”, I see it as a positive because I’m really proud of my job and I’m happy my kids get to see me to do that.

Do you see or hear your mother in you when you parent?

I think it’s impossible not to. Definitely haha. My sister says that to me as well, “you sound like mum” and I always think “oh no”. But it’s not a bad thing. I just think it’s more, basic manners – I find myself saying “can you sit at the table properly?” or “can you pull your chair in?” and “take your elbows off the table!” and it’s all those little things that were engraved in me as a child that I’ve taken into my adult life. They will roll their eyes and say it doesn’t matter but I say it actually does matter, and these things are important and its general manners. And when you’re talking to someone look at them in the eye, and engage with them. So I’d say with manners, definitely.

What book would you recommend for our readers?

I would recommend ‘Mother Ship” by Francesca Segal – it is absolutely brilliant. It’s a true story about a mother who had premature twins by two weeks and it’s her story about the friendships she formed in the special care breastfeeding unit. She is such a beautiful writer and it’s very emotional. And I think being a mother and a midwife, it really resonated with me. It’s a great book.

I’m actually in a bit of a reading lull, I always find I read more in the Summer or on holidays. Normal people by Sally Rooney – that was really good.  I do put lots of reviews on my Instagram but I would recommend Mother Ship – I’ll pop a review.

I think that any book that is able to take you away from the day-to-day of motherhood.

What do your children think your job is?

The older ones know what it is. We always used to say to the girls that mummy catches babies which the twins seem to grasp. The older ones definitely know what a midwife is and they know when I’m going to work what I’m doing but I actually don’t think they’re very interested. If I ever say, guess what I got up to do, they respond with “oh mummy, don’t talk about birth again!”

I think maybe until they’re older they won’t fully understand it!

Do the girls understand social media?

They do, I think. I don’t really feature them that much on my feed. I think with Simon, he does more videos and things. And we’re not youtubbers so I think if they thought we were youtubers they’d think that was cool.

I do remember Zoella contacted me on Instagram and I told my daughters and they were like ‘OH MY GOD!’ so they thought that was cool and suddenly I was cool again. But they’re not that affected by it because we’re not shoving a camera in their faces all day. Just a snap here and a snap there. We don’t have a camera crew haha. 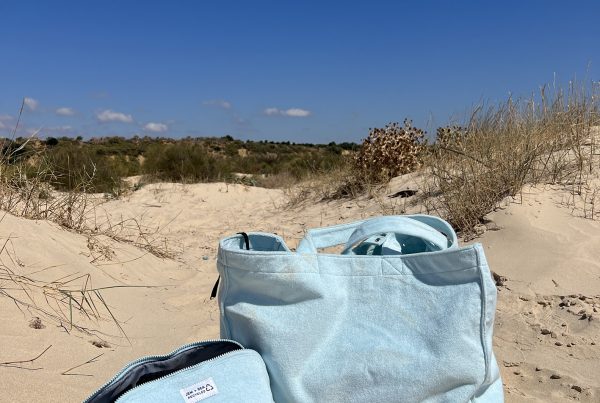 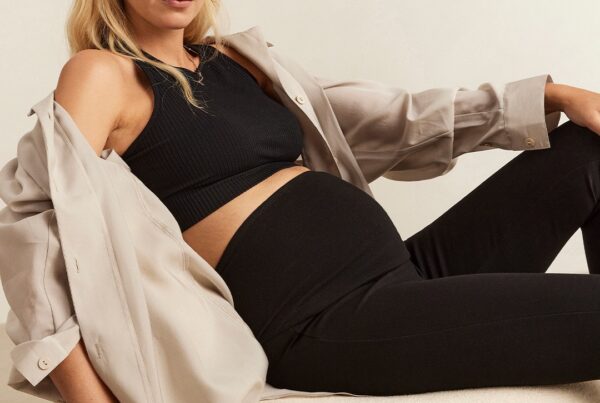 Sign up for all the latest news, promotions and launches. Plus, we’ll send you a code for 10% off your first order!